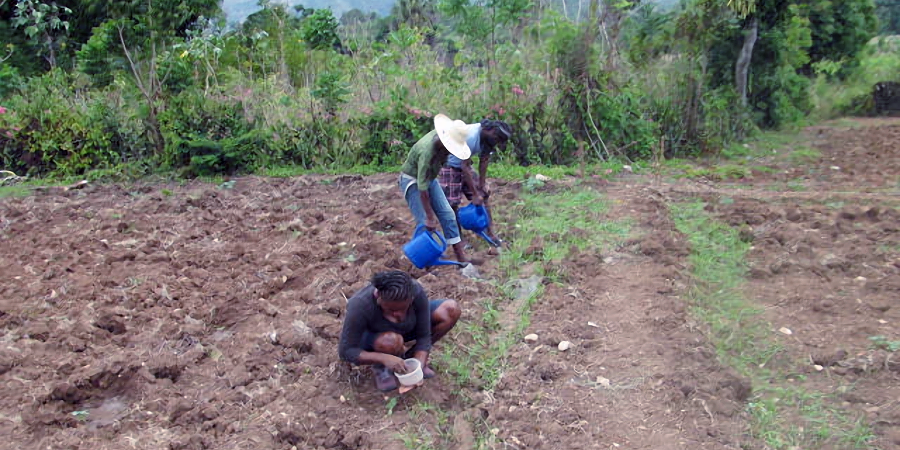 This is a critical moment for Haiti. As the year 2019 comes to a close, hundreds of thousands of people across the length and breadth of Haiti have been demonstrating for months to demand the ouster of the corrupt and illegitimate regime of president Jovenel Moise. They have demanded accountability for over $4.2 billion in Petro Caribe funds provided by Venezuela to the Haitian government—money that was supposed to be used for education, health care and infrastructure, but has instead disappeared into the hands of government officials. The government has responded with brutal repression, including a massacre of hundreds of people in the community of Lasalin.

The Haiti Emergency Relief Fund has been standing with the popular movement in Haiti since our inception in 2004, following the coup that overthrew the democratically elected government of President Jean-Bertrand Aristide. We have maintained our solidarity through the deadly earthquake of 2010, the joyous return of President Aristide in 2011, the stolen elections of 2015 and 2016, and the devastation unleashed by Hurricane Matthew in 2016. Now we are increasing our efforts in the wake of the remarkable resistance being shown daily by Haitians standing up to dictatorship, corruption and social exclusion

Your donations to Haiti Emergency Relief Fund go directly to grassroots organizations in Haiti that are helping people in hurricane-ravaged areas access water, food and shelter, and reconstructing their lives. Your funds will help sustain mobile health clinics and literacy programs in Haiti’s poorest communities. Your donation will help support the University of the Aristide Foundation (UNIFA), which just graduated its second class of doctors, nurses and lawyers. And your funds will aid the growth of independent community-based media, so critical to in a society where the rich control almost all sources of information.

Unlike the big NGOs, many of which have been accused of profiteering from the billions donated by a generous public after the massive earthquake that killed over 300,000 people in 2010, HERF has no paid staff and takes no cut. Volunteers do all the work, and all the money we collect goes directly to those who need it, starting with women organizers—the primary caregivers in every community.

Here are just a few examples of what your generous contributions have supported in the recent past:

* The University of the Aristide Foundation (UniFA). March 18, 2019, marked exactly eight years since Haiti’s former President Jean-Bertrand Aristide and his wife and colleague, Mildred Trouillot Aristide, returned to Haiti from forced exile in South Africa. On their return, they began to rebuild the University of the Aristide Foundation [UniFA] whose land and buildings had been appropriated, converted to military barracks and trashed by U.S. and Brazilian troops during the coup. Since reopening, UNIFA has graduated 230 new doctors, 78 new nurses, 8 physiotherapists and 30 lawyers.

Now UNIFA has embarked on its most ambitious project yet; it is constructing a new medical center and teaching hospital that will provide UNIFA’s students in the medical sciences with practical experience while at the same time providing urgent medical care to those in the region who are unable to access it. With your help, Haiti Emergency Relief Fund is determined to maintain and increase our support for this remarkable institution and its vision.

* The Aristide Foundation For Democracy organized mobile health clinics for those impacted by Hurricane Matthew and the expanding cholera epidemic and sent “Caravans of Dignity and Solidarity” into Les Cayes and smaller towns in the Southern Department, as well as Jeremie and the Grand’Anse Department. In those areas, Haitian grassroots activists distributed food, water, water purification kits, hygiene and sanitation kits, roofing and building supplies. These teams were the first responders in these areas – providing the very first assistance that many of these communities have seen.

* Women’s Agricultural Cooperatives and a network of Women’s Organizations in the Les Cayes-Aquin area distributed food, drinking water, and water purification tablets, tarps and supplies for emergency roof repairs. They also organized numerous work teams to clear local roads, which had been made impassable due to Hurricane Matthew.

* Radio Timoun, based within the Aristide Foundation, and other local independent radio stations, have received consistent support from the Haiti Emergency Relief Fund. Radio Timoun is a powerful voice of the Haitian grassroots movement, and one of the only sources for accurate information about grassroots mobilizations, government misconduct, and the fight against corruption. It reaches out to a new generation of Haitians and provides an antidote to the steady stream of disinformation coming from elite-controlled media. When Hurricane Matthew hit, Radio Timoun provided updates about where and when to access solidarity brigades. During the recent demonstrations, Radio Timoun provided a communications center for Haitians to report instances of government repression and human rights violations. As we know, independent media is a critical component of any grassroots organizing – and HERF will continue to support its development in Haiti.

* HERF-supported schools and women’s organizations in the Port-au-Prince area organized support campaigns and caravans to the sections of Les Cayes, Camp-Perrin, St. Louis du Sud, and rural areas of Grand’Anse that were hardest hit by Hurricane Matthew. One of the major effects of Hurricane Matthew in 2016 was to wipe out food production in the Southern peninsula. This led to famine in that area. Your funds helped local activists in Les Cayes to feed hot meals to 500 children several days per week.

This is but a short list of the work that you are supporting. By contributing, you are aiding the growth of the democratic movement in Haiti in the spirit of solidarity.