Here are some examples of what your donations received since the earthquake have  already accomplished. A more comprehensive report on our activities during 2010 is available here. Please contact us if you would like free hard copies of this report.

In the days immediately following the earthquake, we sent a truckload of medical supplies to the Aristide Foundation for Democracy, which has become a center for medical relief work in the Port-au-Prince area. Thousands of people sought refuge in the Foundation right after the earthquake, and – with your support – the organizers there have been able to provide food, water and medical care for those in need.

From the moment the earthquake hit, we facilitated the travel of teams of nurses and doctors to the Port-au-Prince area. Using our networks within Haiti, we insured that medical supplies and personnel reached communities that had not received any aid. HERF sponsored a team of doctors to open a day clinic in Bel Air. They treated people who could not find a place in the lines for medical attention at the General Hospital. HERF also bought and distributed more than 100 gallons of fresh drinking water in Bel Air.  As we write this, we have just helped to send another doctor with medical supplies to Port-au-Prince.

We are now funding a mobile health clinic that has been set up within the Aristide Foundation for Democracy. This clinic has already treated thousands of patients since it was established in early March. 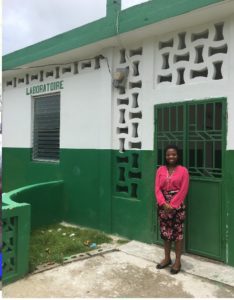 We have supported a series of neighborhood committees organized by grass roots activists in Port-au-Prince.  These committees have been housing the homeless, providing food and water for those who have never seen any U.S. military or UN aid. Neighbors helping neighbors, Haitians helping Haitians, activists helping to sustain their local areas.

We have provided funds to a series of women’s groups at the center of the grassroots relief effort.  The Women Camp of Mesiane, one of the internal refugee camps dotting Port-au-Prince, received funding for food medical supplies, as well as for activities to commemorate International Women’s Day on March 8th.  We have supported a women’s organizing project in Les Cayes, an area hit by the earthquake but ignored by most relief efforts.  Many survivors have ended up in Les Cayes, needing water, food, and medicine.  Working through the Progrssive Women of Les Cayes, we have assisted these efforts.

We have continued our support for the work of the Aristide Foundation for Democracy by funding its mobile schools project. This project has given employment to 102 high school and college graduates who serve as teachers and also helped build shelters in four refugee camps in order to hold classes. Children have been able to attend classes while living under desperate conditions in the refugee camps.  This has been a source of pride and hope for the children and their families. 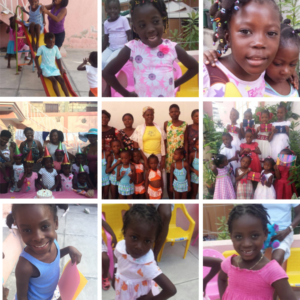 We have aided other schools in the Port-au-Prince area, including SOPUDEP, a school that serves the poorest children in the Petionville community, on the outskirts of Port-au-Prince.  Your aid has helped educators reach out with aid to their students and their families, many of whom have experienced incalculable losses.  We provided funds for a generator for SOPUDEP, which allowed the school to maintain its critical work as a center for relief.  We have provided on-going support for this school and its administrators, who have been able to provide aid to ravaged communities near the school.  In particular, SOPUDEP has sustained the people of Mourne Lazare, a poor community in Port-au-Prince that has been all but ignored by relief efforts.

We have provided support for the Confederation of Haitian Workers (CTH), who opened up their union hall to community residents, giving them shelter and sustenance in the wake of the disastrous quake.

We have provided funds for tarps in the Port-au-Prince area, Leogane and Jacmel.  People continue to sleep outside, either because their homes are destroyed or because of continuing after-shocks. As the rainy season begins in Haiti, the ongoing crisis of sanitation, health and shelter is at the center of grassroots organizing campaigns and relief efforts.

We have funded Soulaje Lespri Moun (Relief for the Spirit) a lay mental health worker project of the Aristide Foundation. Young Haitian college students have been trained to work with children and families in the refugee camps, These mental health workers meet on a regular basis with families in the camps, helping survivors talk about the losses they have suffered and giving people hope for the future.

We have made funds available for the short and long-term goals of women, peasants and other grassroots community organizations for the rebuilding of their lives. We have provided funds for micro-credit and other cooperative, small business ventures especially involving food production and processing of locally grown crops for local consumption. 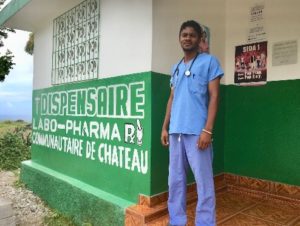 We are funding an exciting project developed by Aristide Foundation in cooperation with Men Ansanm (Hands Together), and an association of 150 farmers in La Plaine, in the Port-au-Prince area. Using the Mandalla agricultural structure (formed by nine concentric circles in which cultivation areas are set up around a circular reservoir), farmers are creating an integrated agricultural system on the grounds of the UniFA (University of the Aristide Foundation). In addition to feeding their own families, farmers will be selling fish and agricultural projects in local markets.

We have supported numerous agricultural projects throughout the country, providing funds for irrigation pumps and grain mills that are shared by groups of farmers, as well as silos for grain storage so that farmers aren’t dependent on selling their harvest all at once for low prices and can thus be more economically independent.  At the request of a group of women farmers in a rural community west of Port-au-Prince, we provided funds for the purchase of several mules so that they could transport their produce to market without having to carry them on their heads for a seven-hour walk.